Questioning our concepts of ambiguity, time, identity, purpose and consequence, this work in three ‘Acts’, journeys through a range of media in which the artist explores the shadow of the image, the phantom like resonance which leads to thought and memory. Leaving the viewer with a lingering recognition of something known yet unknown, within,  a sense of beauty and darkness, fear and possibly love.

Act I : Three monochrome photographs in soft and crystal clear focus. We are left unsure of what the images are. There is a slight figuration evident, which could lead to a clue as to the narrative : Helen, Menelaus and Paris. The quality of each image takes us into places of stillness and concentration, dominance and submission.

This second piece comprises a painting and a still image in an old glass tube television, a curious juxtaposition holds the gaze as one explores the depths of the fields of colour in each piece. The painting appears as though waiting, wanting time to move on, but one is dragged through the viscosities apparent in the flow of the media into intense concentrations. One moves between this and the image on the tv with its fiery light and its phantom like presence.  The image is a still from a projection of cine film which has been painted on. Here may be  a reference to the wars  and the fall of Troy. 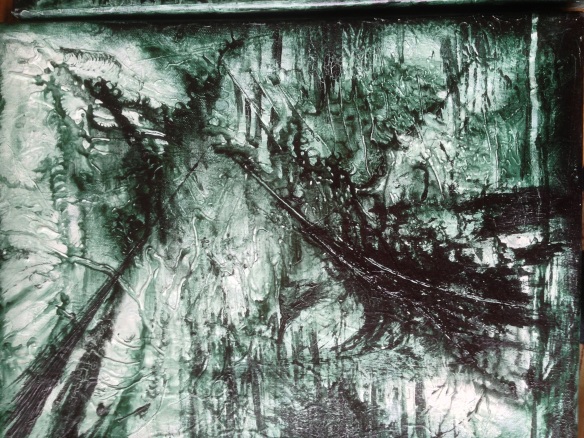 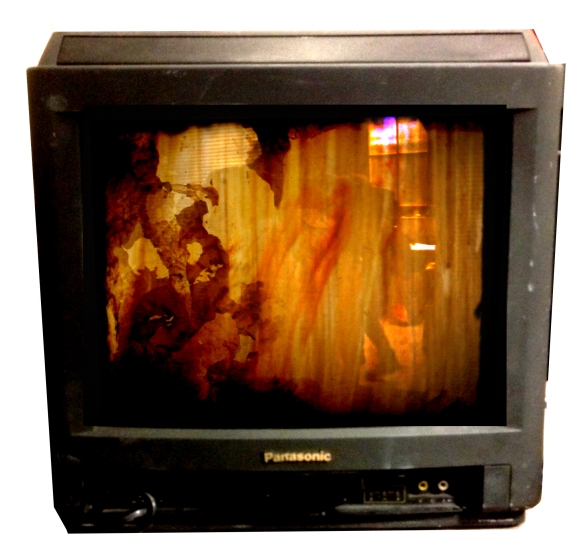 A montage of visceral images, some of which are shown below, concludes the work.  Again ambiguity brings us into the presence of what is felt within. The images produce a deep sensation of unknowing yet knowing.  You question what it is but there is a nagging feeling that deep inside you know – and you may fear it , yet there is also something which attracts you to it – sensual ? Beauty? These involve the use of materials that have ambiguity in their reading. The photographs are printed through a laser process that lacks gloss. This adds a flat depth to the blacks and both the colour and monochrome images have flatness to which make them possibly appear as aerial photographs on a dark ocean. The reading becomes difficult and absorbing. Could these refer to the fate of Helen and the Furies of Aeschylus ?   ‘the reek of human blood is laughter to my heart’. The work is punctuated with two images of sculpted heads. The tiny initial image could be seen as a satellite image of a black ocean. The Final image placed on the floor appears as though gold leaf is peeling from the glowing  head. A final nod to the gods and the great ephemeral skin. 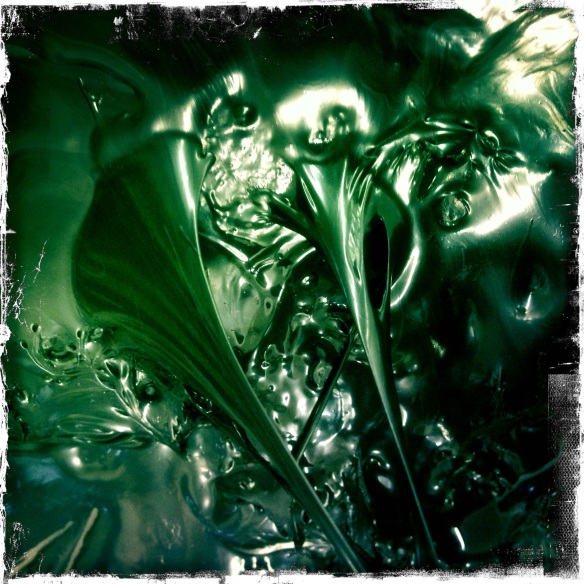 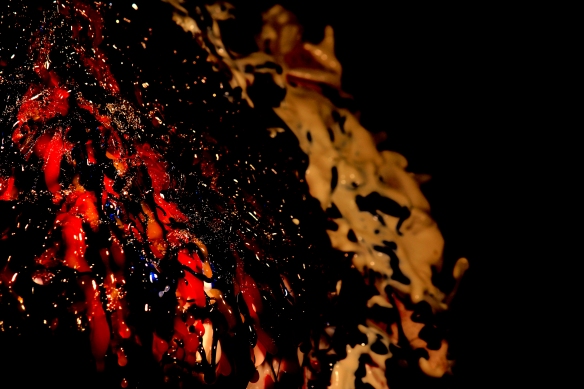 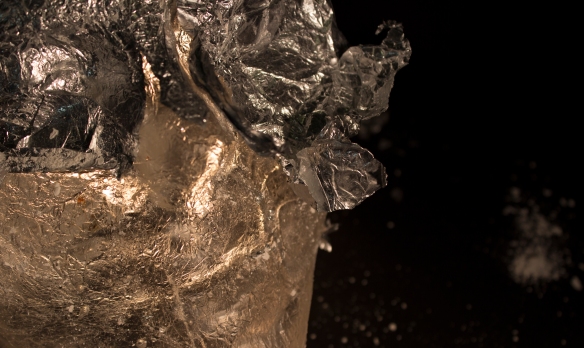